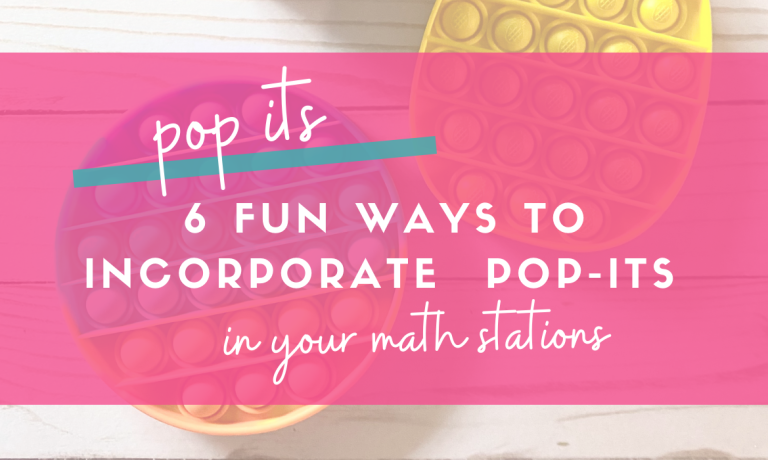 This past summer I was scrolling on Instagram and these Pop-It Bubble Poppers came up on my feed a lot. I was drawn to them because I’m that person who loves those packing bubbles and popping them. There’s just something relaxing about them. So, I found myself heading over to Five Below and bought a few Bubble Poppers. I was using them when I was reading, writing (I’m using it now as I’m writing this blog), and then I started thinking about great ways to use them for math. So, I am going to share with you how Bubble Poppers help with math and 6 great ways for you to incorporate them into your math centers.

Now, before I get into the nitty-gritty of Bubble Poppers, if you are looking for games to try, I have just the thing for you! Make centers fun with these free games sent directly to your inbox! Just a teacher helping out another teacher! Click here to get started and make your math centers more engaging and fun!

What are Bubble Poppers?

Bubble Poppers can come in many shapes or sizes but consist of bubbles that are in many rows. You simply press the bubbles down and they make a slight popping sound. Once you have popped all of the bubbles, you can flip it over and start again. Pop-it’s were originally made as a fidget to relieve stress. Students (or anyone for that matter) can simply pop down the bubbles with their fingers to make a pattern, or not. The best part about the Bubble Poppers is that they are compact, portable, washable, which in this day and age is a bonus!

How do Bubble Poppers Help with Math?

Bubble Poppers have been used a lot for reading and phonemic awareness. However, Pop-it’s are a great tool to be used with math. Math is about hands-on learning and making those visual connections to numbers, adding, subtracting, you name it! The more students “see” numbers and how numbers can be represented, the more successful students will be. Bubble Poppers allow students to quickly visualize concepts such as which number is greater, what the missing addend is, adding and subtracting numbers, etc. The more tools we can give students to understand numbers the better! This is just another great tool that you can add to your arsenal for teaching math skills!

Below are examples of 6 awesome Bubble Popper activities that can be used in math stations. I will share what they are and how to use them in your math stations. Now, I know there are plenty of ideas out there, but these are great basic activities for you to get your math centers up and running and make them fun and engaging!

This activity can be used in 2 different ways. The first way is to call out a number, or show a number to your students and have them pop the number on the Bubble Popper. This way they can show that they understand each pop of the bubble represents a number.

You could also do a Flip, Pop, Write station. For example, a student would select the number 5, pop it on their Bubble Popper, write the number, and then use counters (or some kind of manipulative) to show the number 5.

The second way to use this activity is to show students a number and have them “write” (pop) the number out on the Pop-It itself. For example, show the number 4, then students would have to pop the number 4 on the Bubble Popper.  This works on number formation.

Adding and Subtracting with Pop-It’s

Bubble Poppers can be used for addition and subtraction. You can show students for example, 2+5. The students would be able to pop 2 and then pop 5 more to make 7. You could also use this for counting on. If given the problem 6+3, they can start at six and then pop on 3 more. This helps students keep track of numbers and where they are in their adding.

Bubble Poppers are perfect for missing addends. This can be a tricky concept for students and the right visuals help. Let’s use the example 4+___ = 7. Students need to figure out 4 and what number gets the total of 7. Students can solve this in a variety of ways. First students can start with four in their head and then pop until they get to seven to find the answer. Another way a student could use the Pop-it’s would be to pop four bubbles, then keep popping until they get to seven and find the answer that way. The last way is to start with seven bubbles popped and then unpop four bubbles to get the answer of three. There are many other ways to solve this problem, these are just a few examples.

Comparing numbers can be hard for students to do in their heads, so they need the visual. Simply give students two numbers, for example, 6 and 8, and ask them to find which number is greater. Students will pop 6 on the first row and then pop 8 on the second row. This makes comparing the numbers easier for your students. If you want to take it a step further you can ask students “How many more are there in the bottom row (the row that has 8), than the top row (the row that has 6)?” This makes the problem easier for students to answer because they have the visual right in front of them.

One More/ One Less with Pop-it’s

Another skill that Bubble Poppers are perfect for is one more/one less. This can be a tricky concept for some students and this visual helps them understand the concept. First, give students a number (example 8). Then have that student pop that number on the Bubble Popper. Then ask the student to use the next row and pop until there is one more (or one less). After the students have popped the number, have them count or tell you the answer. Have them explain their thinking to you. This will help with their understanding and you can also assess if they have the skill down pat.

Bubble Poppers are Fun and Engaging

Students need the visualization for numbers, and to do that they need tools to help them strengthen their number sense. Bubble Poppers are the perfect tool to use for math activities. The more students “see” how numbers can be represented, the more successful they will be. Pop-it’s allow students to quickly visualize concepts such as which number is greater, what the missing addend is, adding and subtracting numbers, etc. The more tools we can give students to understand numbers the better! This is just another great tool that you can put in your arsenal for teaching math skills!

So comment below with your favorite Bubble Popper activity or if you tried something different and want to share, put that in the comments as well! Getting Math Centers off the Ground 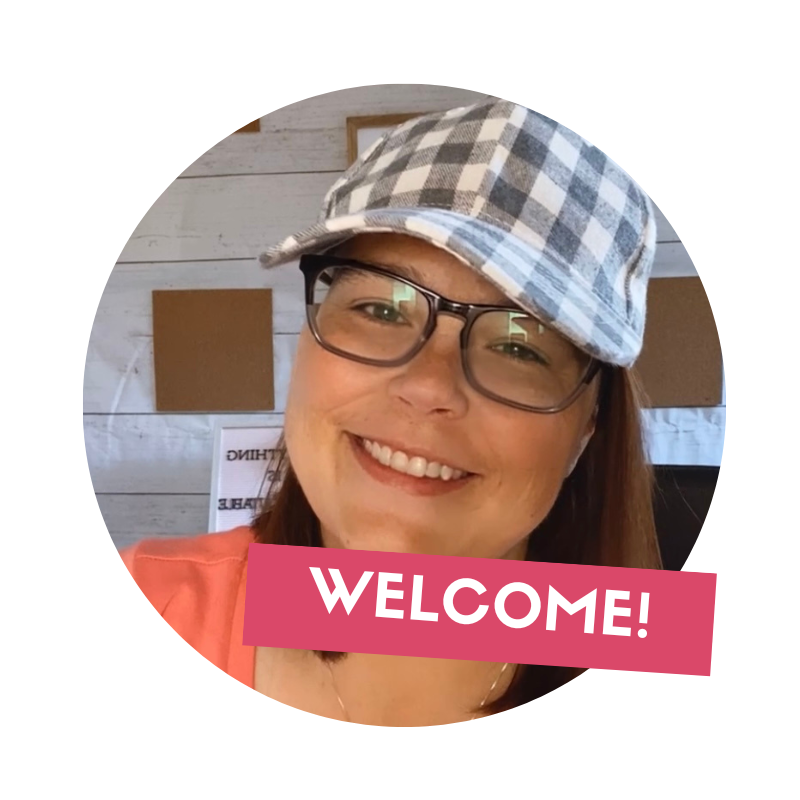 I have ben teaching in the classroom for over 15 years! I love teaching math and finding new and engaging ways to teach my students.

When I am not teaching you can find me at Target, at a baseball game (GO Nats!), binge watching fun shows, or snuggling with my cats! Click on the image for your FREE Math Workshop Model Workbook!